“Be back soon” vows Rangers defender after surgery today 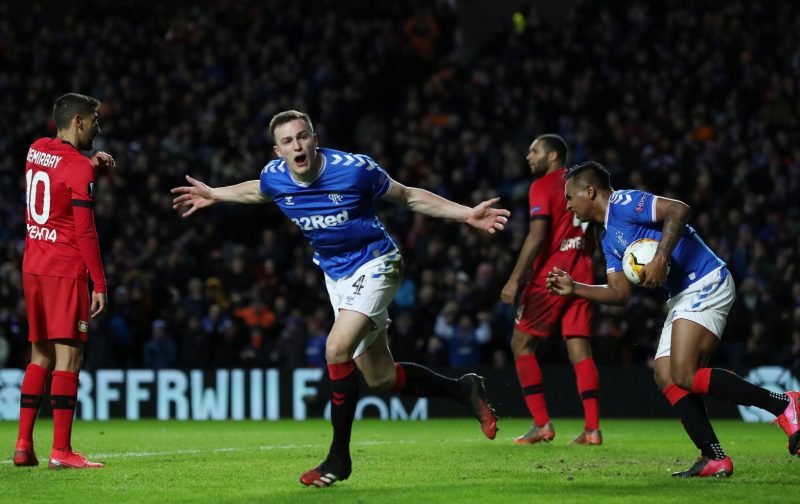 Rangers loanee George Edmundson has had surgery today following a flare up of a hernia issue.

The centre-half, currently on loan at Derby County has vowed that he will “be back soon” with the procedure expected to keep him out of action for up to a month.

Earlier this week, Derby manager Wayne Rooney suggested that surgery would be required but they would decide on the timing of it.

He told the Derby Telegraph:

“Before George came to us ( on loan, from Rangers) he had surgery on a hernia and he now has a hernia on the other side.”

“It is a decision we have to make whether he has surgery on it or not, but I think he will be out for two or three weeks.”

Edmundson is one of nine players currently on the treatment table, giving a headache to Rooney ahead of the visit of league leaders Norwich City, to Pride Park this weekend.

With his game time limited by this injury setback, it is another obstacle for the former Oldham player to overcome in his bid to force his way back into Steven Gerrard’s plans at Ibrox.

That will be a tough ask with the four central defenders currently jockeying for position with the Scottish Premiership champions.

For now, all the best to George Edmundson on his recovery.