More to come from Aribo despite lighting up AFCON 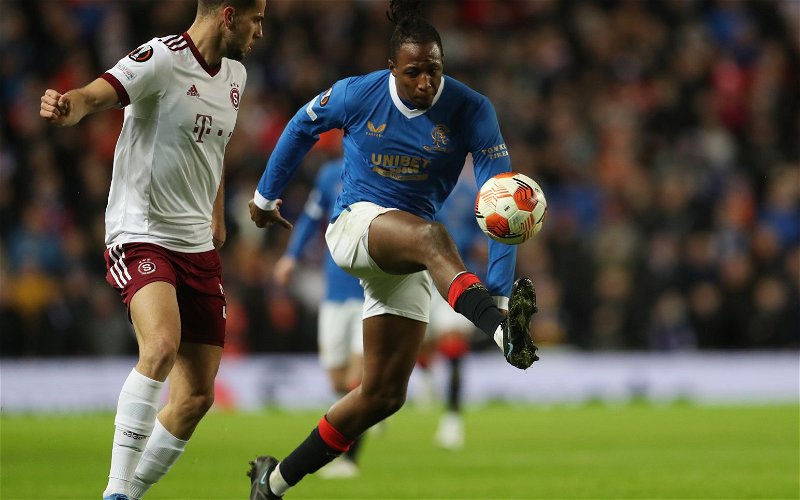 The Rangers support is currently watching the African Cup of Nations like a proud parent – Joe Aribo proving that he is every bit the player capable of dictating football matches at the highest level.

That he is doing it from a deep lying midfield position demonstrates perfectly just how good he really is.

We have seen him play in a variety of positions for Rangers but under Giovanni van Bronckhorst he has excelled as a number 10 – scoring goals, creating chances and grabbing games by the scruff of the neck, his performances have been at a different level and consistency to anything he has produced since he first signed.

Nigeria look well placed to go all the way in the tournament which, of course, means that we will have to do without one of our most influential players until well into February, hopefully, the only up side to this will be that he won’t be able to sign for any other clubs given the logistics that would be involved in arranging medicals etc in Cameroon.

The strange thing is, Aribo has been getting plaudits from all quarters for his displays, and yet, Rangers fans will tell you he hasn’t even been close to the levels he was hitting before the winter break was brought forward – there is plenty more still to come.

The 25-year old has everything that a modern footballer needs; technique, vision, strength, versatility and work-rate, he must be a manager’s dream.

It would be great to see Aribo lift the trophy and win personal accolades but, it would be even better to get him back in one piece so that he can lead us to the only silverware that really matters.