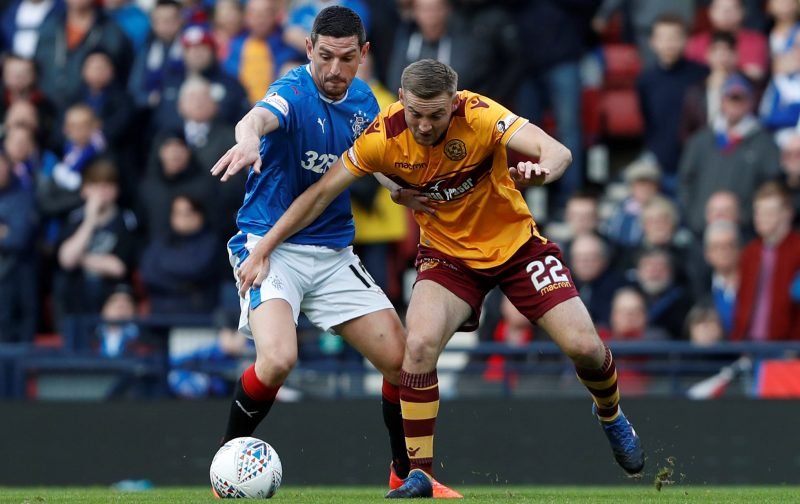 Ryan Jack’s continued absence through injury is starting to look an awful like a very large elephant sitting in the corner of the Ibrox dressing room, sooner or later a decision will have to be made – one way or the other.

If the decision is made to replace the Scotland international, even on a temporary basis, there could be an answer closer to home that fits the transfer model of a club looking to buy young, buy cheap, develop, then sell at a profit further down the line.

Allan Campbell is only 22-years old and yet, has amassed over 150 appearances for Motherwell, being a mainstay in their line up for the last few years, that Rangers have previously been linked with a move for the Scotland youth cap isn’t a surprise – the best young talent the country has to offer should always be on our radar.

Like Jack in his early days at Aberdeen, Campbell has a lot of attributes that can be developed with better coaching and by working with international players – being stuck in ultra defensive teams will do little to improve a central midfielder’s risk taking or passing range when you are being told to get the ball from back to front as quickly as possible.

He isn’t the sort of player that would be an instant success, but then again, Jack isn’t the same player now as he was when Steven Gerrard took over, I’d expect a similar level of improvement for someone who has shown that they can compete in the Scottish Premiership since they were a teenager and being more defence minded would see him fit nicely into a midfield unit that has a blend of abilities and attributes.

Ross Wilson will have a list of names for every position but with Campbell set to walk away from Fir Park at the end of the season for free, it would be a move that would cost very little and could easily still turn a profit if it doesn’t work out.