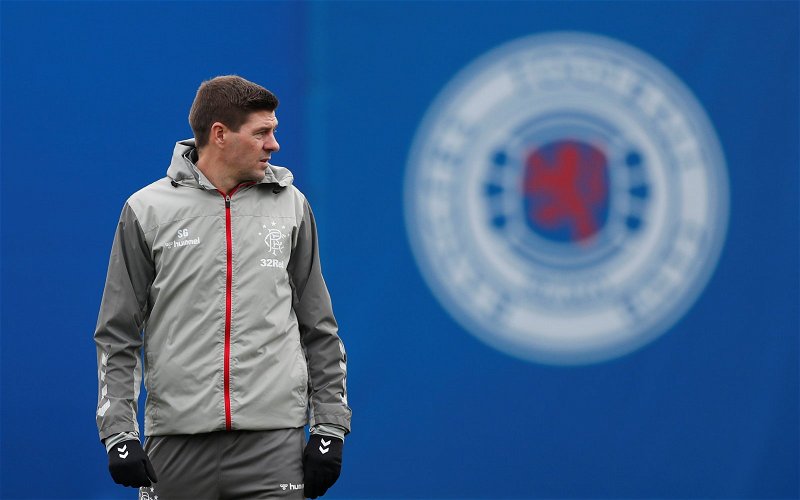 It’s always exciting when Rangers tempt a player from the Premier League to head north to the relative back water of Scottish football.

It’s even more impressive when a youngster from Manchester United is persuaded to sign, knowing that they will initially spend time with the B side in the Lowland League.

That’s the decision Charlie McCann took in a deal worth a reported £750,000 – more than we paid for our entire midfield incidentally – when he left United’s Under-23 team with the hope of having his pathway to first-team football accelerated at Ibrox.

Former Rangers gaffer, Alex McLeish believes that it is a great move for the 19-year old defensive midfielder, most clubs after leaving the Reds will be a step down but not in this case, as told to Football Insider:

“There’s got to be a good reason for him leaving Man United.

“It would obviously be competition that’s ahead of him and something that could be blunting his progress.

“It’s a phenomenal move for him to go to Rangers, first and foremost, because players sometimes down the divisions.

“To go to a team like Rangers, it must give him another surge of confidence.

“We possibly won’t see him for a wee while but he’s a developing kid.”

McLeish is right, you have to be some player to break into Man Utd’s first team as a central midfielder, for instance, there are already players like one-time Gers target James Garner ahead of him in the queue who have also come through the academy.

Will McCann make the first-team this season?

How long he will have to play in the B team for is unknown, it may be that the coaching staff want to get a proper look at him before deciding whether or not he is ready to be promoted to first-team training.

With Ryan Jack not yet fit plus Nnamdi Ofoborh still waiting to be given the all-clear to return to training we could do with an extra pair of hands alongside Steven Davis, Stephen Kelly impressed in pre-season but has yet to taste competitive action – it is a lot of money to spend on an academy player but as McLeish says, it’s a great opportunity for McCann to kick on and prove he has what it takes in senior football, it could turn out to be money well spent.