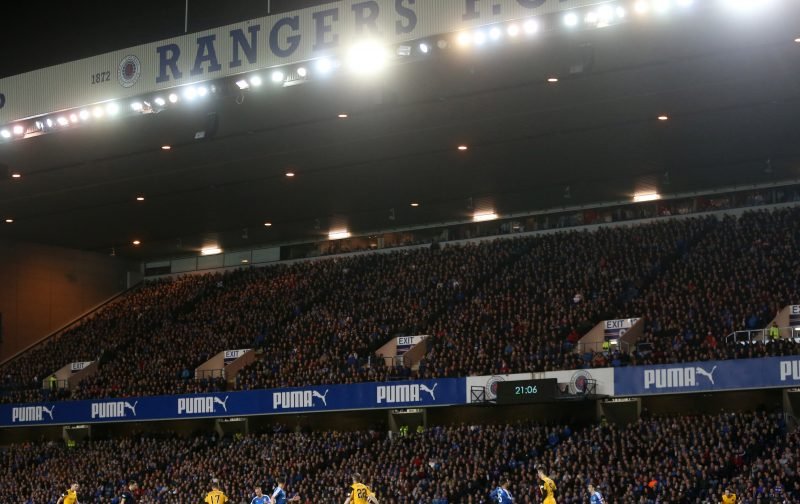 Earlier today, a second and expected final ballot was completed by Rangers to distribute tickets to supporters for Saturday’s Premiership opener against Livingston.

The initial ballot as well as the small additional offering today (tickets that weren’t purchased from the first draw) was open only to season ticket holders.

It is expected that those who were unlucky will get first refusal for the next home Premiership game, the Old Firm clash on 29th August, if a reduced capacity is still enforced at that stage.

The distribution of tickets came after the club was effectively able to accomodate an extra 6000 fans, thanks to ongoing dialogue and agreement with the authorities, as reported by STV:

“Rangers fans have been handed an extra 6000 tickets for their Premiership opener.”

“The club announced there would be 23,000 seats available for season ticket holders for Saturday’s Ibrox clash against Livingston, which is an increase on the original figure of 17,000.”

“Standard crowd limits for outdoor events under the Scottish Government’s Level 0 coronavirus restrictions are 2000 but organisers can apply to their local authority for the right to host bigger attendances.”

Scotland’s First Minister Nicola Sturgeon previously declared herself ‘optimistic’ that the country remained on course to enable full crowds at football stadia as of August 9 after daily case numbers have moved in the right direction.

Rangers have been on the reocrd that with this in mind, they expect to host a capacity crowd at Ibrox on 10th August against Malmo – a very attractive proposition.