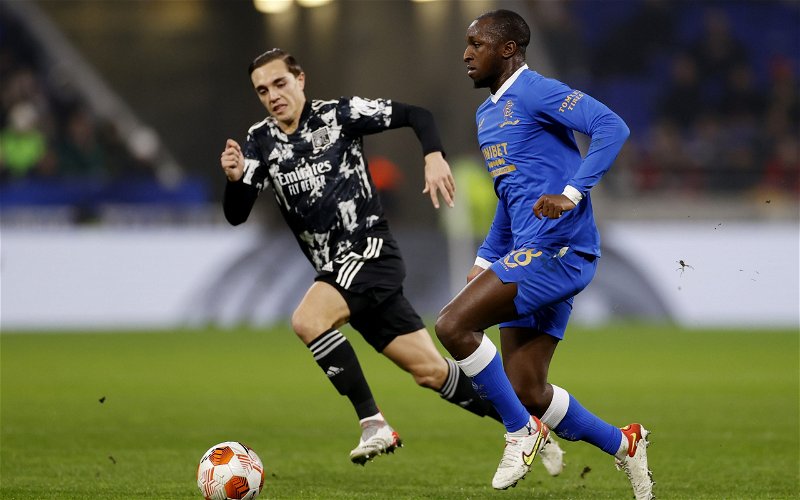 Transfer ‘specialist’ Fabrizio Romano has been tracking Bayern Munich’s move for RB Leipzig’s Konrad Laimer with the initial bid said to be worth £18 million.

This deal for Laimer simply has to bring into the equation, the quality and value of Rangers Glen Kamara with a view to a potential Ibrox exit this Summer.

How you ask? Well, Kamar’s stock has risen significantly on the European stage for Rangers over the last few seasons as well as for Finland on the international stage, including at last Summer’s EURO 2020, when he held his own and impressed against the likes of Belgium, Russia and Denmark.

He has been in and out of the Rangers team under Gio van Bronckhorst, whilst most recently adapting to a more advanced role in the Gers midfield, which isn’t his best position.

However, not only did he score a wonderful goal to put his team into the lead at Ibrox last week, he also went up against £18million rated Laimer and showed his quality and ability with another stellar performance.

Yes, Laimer and RB Leipzig play at an overall better level in the Bundesliga and that will be reflected in the fees paid by clubs such as Bayern Munich but the point still stands. Whenever Kamara and Rangers go their separate way and it could be this Summer, it will be for a significant fee for a very good player.

The 26-year old, former Arsenal trainee is tied to Rangers until the Summer of 2025 so that gives the club protection and leverage in the market. After 3.5 years in Glasgow and after this fine run in the Europa League, it could well be the right time to strike a deal when his stock is high.

There will be plenty of clubs interested in Glen Kamara over the close season.